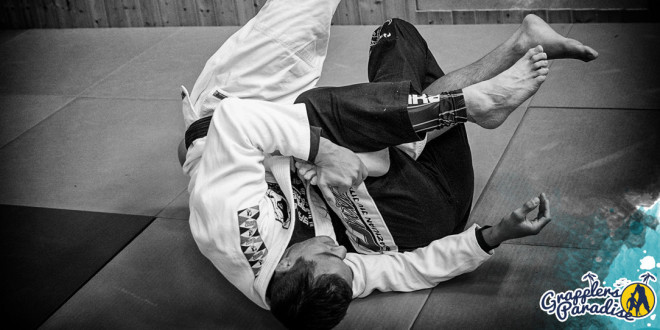 This year we met Kazeka Muniz at Seminar in Hagen, Germany. We sat down with him and talked to him about his time in cuba, the evolution of bjj and his teaching. You can find the german version of this interview in our third e-magazine. We hope you enjoy it.

We want to start with a small introduction. So if you can introduce yourself to our readers in a few sentences.

I began training when I was seven years old. I started with wrestling, freestyle wrestling. I was wrestling since I was a little kid, competing in world championships and every tournament. I started Jiu Jitsu in 1994, in November in 1994 when I saw the ultimate fighter, the ufc, and I saw Royce, and I was like wow. And there I started training jiu jitsu and never stopped training since then. I´ve been training jiu jitsu and from the beginning I helped Royce Gracie train for the fights. I trained a lot of ufc fighters until today. Matt “The Immortal” Brown is one of my students. And sometimes other guys like Tommy “The Filther” Lawler, he comes and trains with me too. I coach a lot of teams in the world and have a sports science degree. Also I was one of the coaches for the azerbaijani wrestling team in London (Olympics), which is one of the best wrestling teams in the world. I have trained a lot of Olympic champions and a lot of world champions in wrestling, like Alexis Rodriguez, Romero, Sharif. So, I am keeping myself really really busy.

You´ve been living for a long time In cuba?

Yeah. That’s where I got my college degree. I wrestled in cuba and also trained the Cuban team. My masters degree was about coaching the number one wrestler in the world right now, Michael Lopez. He is my friends and my student. And I think Cuba is the best place to train in the world.

Is there a big difference in training styles between america and cuba?

Oh man, it´s day and night. It´s absolutely totally different. Before it was martial arts against martial arts, jiu jitsu against other martial arts. Now it´s athletes, it´s different. Back then nobody knew jiu jitsu, it was based more on technique and being technical. The one who is more technical would win. Now it´s more about athleticism. Everybody now knows everything and train everything. So it´s become more competitive it´s becoming more athletic. It´s about stamina, power and withstanding punishment. The technique is still there. If you have no technique you get caught, that’s it. But for the most it changed. Before it was more technique and less conditioning, now it´s the opposite. It´s like comparing olympic athletes in the 50s 60s with athletes nowadays. Back in the days it was about technique now it´s science.

What do you think, how would you compare the top athletes of bjj today with, for example Royce. How would they do ?

It´s again totally different. Jiu Jitsu has changed, that’s the thing. It has changed for the good and for the bad. Back in the days you trained jiu jitsu to fight, now you train jiu jitsu to compete. And that’s the biggest problem that I find today, when people are teaching jiu jitsu, because they worry about the points. They worry about winning a medal. When I was taught jiu jitsu, it was about winning a fight. It´s totally different. You see a lot of great grapplers, great jiu jitsu practitioners, the first time they step into the octagon, they get their asses kicked. Because it´s not the same. They wanna do too much fancy stuff, too many things that are unrealistic, things like the berimbolo and other stuff, but in the streets in a fight it wouldn´t work.

So it seems you are not the biggest fan of the ibjjf rules?

No, it´s not like I don´t like the ibjjf rules. It promoted jiu jitsu and thanks to them it came to another level, but at the same time I feel like they are destroying what jiu jitsu was made for: Combat. It´s not bad, but I look at it like judo. Judo and Jiu Jitsu back in the day was a fight. Now it´s a sport, it´s useless.

So, for you, is mma the best proving ground for bjj?

In a recent interview I read matt brown talk about you. He said without meeting you he never could´ve learned certain techniques and that you opened up many sides of fighting to him. What do you think is specific in your teaching approach?

The blend of high level wrestling and high level jiu jitsu. Everybody tells me that, because I wrestled with the best wrestlers in the world and trained with the best jiu jitsu team back then, gracie barra, between 1995 and 2000. So I got lucky to get my foundation from the best of both styles. So I am capeable to putting it together. And yet again it´s nothing fancy, it´s just basic. Matt Brown can do it, the girls can do it, the kids can do it, everybody can do it. So I try to make it for everybody. If I teach a technique that only works because I am really fast, it may not be working for you. I need to teach techniques that work for everybody. I am 42 years old, I am not as fast or as athletic as I was 20 years ago and I still train with the guys the same way I did back then. My Jiu Jitsu, my wrestling is just basic.

Is there any question we should´ve asked you?

[long pause] Maybe what people should look before entering a school? I think that’s one of the biggest things people don´t do. They don´t do the research. Many people believe what other people say and don’t investigate. Many people go to a seminar, get a blackbelt, purplebelt but they know nothing. They try to teach, making money, building lies and insecurities. Because maybe some of their pupils get into a fight and try to do the technique and it doesn’t work and they get hurt. So I recommend to everybody before learning from anybody try to dig for information’s. That’s what the internet is out there. Try to find out if the person is legit and if the instructor really is who is says. And remember one thing, medals are just a little piece of medal. Your life is more important than a medal. So train jiu jitsu to protect yourself, not to win a medal. It´s nothing wrong with competing, I’m  a competitor, but don´t base your training on that. If you learn to fight, you can adapt to other rules. But if you train for the rules, you can´t adapt to a fight. Because there are no rules in a fight.
Previous Sei Wasser mein Freund – MMA/Grappling Kurzdoku mit Gregor Herb
Next Kit Dale: So sehr du auch dein Team vertrittst, solltest du eigentlich dich selbst vertreten [Auf die Ringerohren] 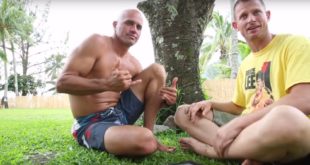